Following on from the devastating deaths of George Floyd, Breonna Taylor, Ahmaud Arbery and Tony McDade recently, it has been exceptionally moving to see millions of people across the world unite as one this week, to express their support for the Black Lives Matter movement and call out for an end to racial injustice.

For many it’s been an eye opening week of the history of white supremacy, police brutality charges and the racism that’s still going on today. Along with an urge for the black community to be heard, and the importance of educating future generations on this very subject, and treating everyone we encounter with the utmost love and respect.

Here at Vitamasques we take a zero tolerance policy to racism and are very much in support of the Black Lives Matter movement, and while it may be an uncomfortable talking point to discuss, it’s something that needs to change with immediate effect. By learning, talking and educating ourselves on the matter, we truly believe the change can start here with each of us.

To take us on this journey here are 11 powerful shows on racial injustice that we’ve loved, listened to and most importantly learned from.

This gripping series follows the death of a 15 year old African American boy Brenton Butler, who is killed in an hit and run accident by a white police officer, which is then covered up to look like Brenton has been killed over an involvement with drugs. In a search for the truth, racial tensions explode and Brenton’s mother and her legal team stop at nothing to search for the truth and bring those responsible to justice.

This period drama film is based on a true story of African-American man Solomon Northup, who is abducted and forced into slavery for 12 years. He faces the hardships of being a slave under the hands of different slave owners. Through faith, will power, and courage Solomon Northup must survive and endure those 12 years as a slave, while questioning if he will ever be free from the life he has been forced into.

This documentary focuses on the racial inequality of prisons in America which are disproportionately filled with African-Americans. It looks at the sentences they have been imprisoned for, and includes a range of interviews from activists, politicians and testimonies from former prisoners.

The Help is based in Mississippi in the 1960’s and follows Skeeter, an aspiring writer in who interviews black women that have spent their lives working as maids for white families. As the stories begin to unfold so do the racial struggles they face on a daily basis.

This film is based on John Coffey an Africian-American man who is convicted of killing two sisters. While in prison John meets Paul Edgecomb, a prison guard who uncovers John’s sweet nature beyond his misjudged appearance, and questions whether he really is responsible for the crime he has been accused of.

When They See Us

This series is based on a true story which sees 5 black teenagers become trapped in a nightmare, when they are falsely accused and charged with a brutal crime they didn’t commit. With the pressure being put on them to admit to the crime for a linear sentence, they must decide on the right thing to do for their sanity.

This six-part documentary series explores the story of Kalief Browder, a 16-year-old from New York who was accused of stealing a backpack. Kalief was sent to prison for three years, two of them being spent without an actual conviction, upon being released from prison Kalief sadly took his own life. This documentary features Jay-Z who was behind the production of this series, and explores the troubling ways black and Latino citizens are punished at the hands of racial injustice system and the mental health impact this can have on them.

Blindspotting demonstrates a story of police brutality, in which this film sees Collin Hoskins who is three days away from the end of his probation, witness a police officer shoot a suspect in an unprovoked attack. In a bid to protect himself and do the right thing, Collin must also re-establish his relationship with those around him.

Hidden Figures takes us on the journey of three African-American women who faced racial and gender discrimination, when they are kept in the background in their workplace and segregated from the rest of the their team. Through a fight for what they know is right, they must work together towards changing their lives and changing history.

This film tells the story of a couple who get caught up in a racially aggravated attack, when they are pulled over in a car on their first date by a white policeman. When the situation escalates and Queen's life is at risk, Slim shoots the police officer in an act of self defence. Queen and Slim then go on the run together, in a bid to leave behind what has happened before it catches up with them.

If Beale Street Could Talk

This film tells the emotional love story of childhood sweethearts Tish Rivers and Alonzo Hunt who are engaged to be married, when Alonzo is arrested for a crime he didn’t commit his pregnant fiancé races against time to prove Alonzo's innocence, and clear his name before the birth of their unborn child. 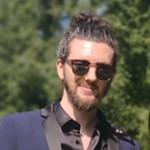 4 Ways To Add Aromatherapy Into Your Skincare